Effects of divorce on the children are explained 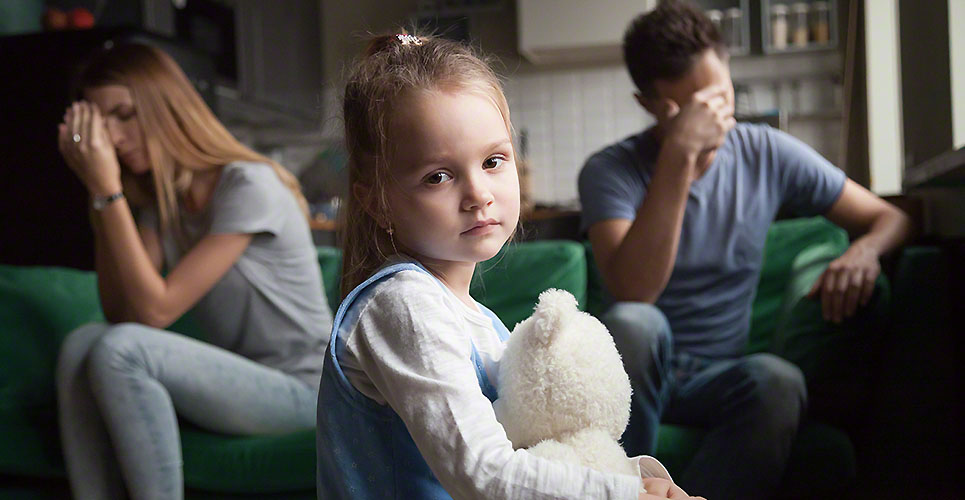 Some parents who have filed divorce petitions often ask the question “should we reunite for providing good life to the kids?”  Others are pretty sure that divorce is the only solution before them for their innumerable problems faced by them.

Though there may be many questions like how they are going to live their future life, custody of the children etc, the most important issue that pains their mind is the question how divorce is going to affect the lives of their children?

What will be the psychological effects of a divorce on the children’s lives? Some researchers say that most children will be able to overcome in most cases, though it is very stressful to them.  Only in a few cases the kids rebound faster. But there is good news, that the parents can take positive steps to minimize the psychological effects following a divorce. Some supporting strategies put forward by researchers in this regard can be helpful to the kids in adjusting their life after the divorce has occurred.

First year after it takes place:

Divorce rates have   gone up at a faster rate globally and they are at the maximum in countries like USA and UK. According to available data about 48 % of the children of these countries become children of divorced single parents before they reach the age of 16. Researchers have found that such kids will be struggling hard during the first and second year of the divorce of their parents. Distress, anxiety, anger, disbelief etc are commonly felt by these children during this period. As time goes kids become more adaptive to the changed circumstances in their lives. But a small portion of the children find it difficult to cope up with the situation. In some cases, lifelong problems develop in such children.

The emotional turmoil is created by divorce on the family. This can be very scary, frustrating and confusing in the case of kids. Young children are not able to understand why they have to go to two homes. They start apprehending   that if parents stopped loving each other one day they will stop loving their kids also. Grade school kids often feel that the divorce was caused as a result of their fault or some misbehavior from their part. Teenagers can become angry about the changes caused as a result of the divorce. They will start blaming one parent or the other or the both for what had happened or for the upheavals in the family caused as a result of the divorce. In some cases the child may feel relieved, if divorce results in lesser arguments and lesser stress.

Divorce causes the children to lose daily contact with one of the parents, most often their father. Reduced contacts loosen the bond between the child and the parent especially the father. The child’s relationship with the custodial parent, most often the mother also gets strained. Studies show that mothers of such children often tend to be less affectionate and less supportive after divorce. The discipline of the mother also deteriorates and become less effective.

For some children the hardest part of a divorce is not the parental separation, but the other paraphernalia that accompanies a divorce like change of schools, moving to new home at a new location etc are more horrifying and stressful to them. Living with a single mother who is more tired and exhausted as  a result of divorce is the most difficult and unbearable thing for some children.