Can allergy symptoms mimic the flu? 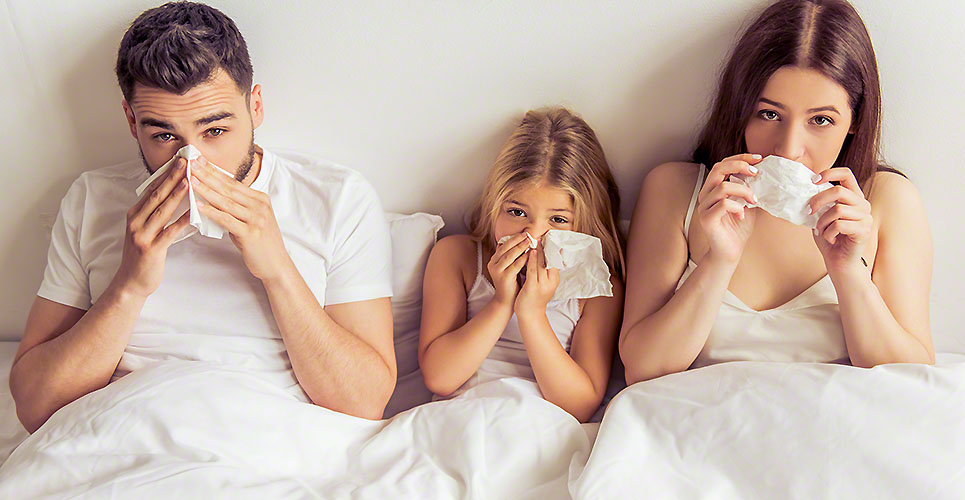 Symptoms of allergic reactions and influenza are similar. Only an allergist will be able to identify it correctly. One may find it quite difficult to identify whether the symptoms relates to flu or allergic reaction  as he is not very clear about the various symptoms and their probable causes. So in this article I am going to explain the similarities and dissimilarities shown by these two types of symptoms.

Snore muscle, aching head, runny nose, lack of energy etc are the common symptoms of flu.  But these are the symptoms shown by rhinitis or food allergy also. These allergic reactions can either be seasonal or throughout the year. If the symptoms are shown frequently it can be due to allergic reactions as most people gets flu once in a year or so only.

Sudden onset of fever which usually varies from 102 to 106 degrees Fahrenheit generally represents influenza. Temperature of adults can be lesser than that of children with influenza. Body aches usually accompanies flu in its earlier stages. Similarly fever related to allergies seldom goes high like that in influenza.

Every flu will be accompanied by headache caused due to the immune reaction of the virus related to influenza, nasal issues, swelling etc. The headaches caused the rhinitis is characterized by the increased mucus production in the sinuses, nose, ear etc. Food allergies also can result in headaches.  But they never occur without symptoms of pain related to gastro intestine or swelling of face and throat.

Allergy sufferers often report tiredness and dizziness. The fatigue shown by flu continues even after the symptoms have vanished. Dizziness and lightheadedness shown by allergies are often serious in nature. The dizziness and lightheadedness associated with food allergy are serous symptoms. Any swelling of throat or difficulty in breathing has to be reported immediately as they can relate to serious medical conditions.